Meet The Grounds Guys of Edmond! To be a successful business owner you must be willing to take risks and meet challenges head on, Ryan Deatherage epitomizes this with his attitude and perseverance. Ryan Deatherage is the successful owner of three Grounds Guys locations and the Franchise owner of year for 2018. He opened his first location in Edmond, Ohio in April of 2012 and under his leadership and guidance they have become the landscaper of choice in Edmond. In 2019, he purchased the Grounds Guys of Westerville and the Grounds Guys of Waco.

Ryan has a double major in Agriculture Business and Finance but will always be a cowboy at heart, having drove over 300 cow-calf pairs to 1500 yearlings. He had a successful career in banking and finance prior to moving into the landscaping industry. Ryan chose to open a Grounds Guys Franchise because he believed in the systems, support and values offered.

Ryan and has wife Jill have been married for 25 years and have 3 beautiful children, a son attending college in Weatherford, OK, a daughter attending Oklahoma state, and a daughter in middle school. 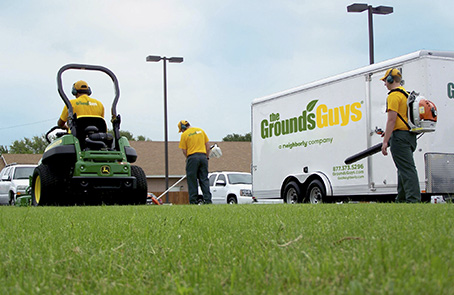